The Kilburn Unemployed Workers Group held a Workshop on 20 October 2011 at the Forester Hall (part of the Tricycle). The KUWG called this gathering to oppose the Work Capability reassessment of benefits started by the Department of Work and Pensions (DWP).

Ellenor Hutson of SERTUC (South East Region of the TUC) opened the debate, explaining that there are two rates of ESA (Employment Support Allowance) that are now replacing sickness/incapacity benefits – Work-Related Activity Group, and Support Group. She said that the benefit assessment is draconian and everyone should familiarise themselves with the points system. See: https://www.newcastle.gov.uk/benefits-and-council-tax/welfare-rights-and-money-advice/limited-capability-work-physical-health-des

While people in the “Support Group” people are NOT required to get ready for a return to work, it is difficult to be placed in it. Most people who qualify for ESA are placed in the ‘work related’ group. But there are ways to challenge this arbitrariness which attacks persons with all sorts of impairments. One should always be ready to appeal any unfair decision made, as soon as it is made.

The next speaker was John Kilvington who works in the Somali Community at the Kingsgate Community Centre, and who helps with all kinds of immigration, sickness and unemployment problems. He said that when one has access to re-assessment forms, it is worth studying each question and taking time and advice before filling them. He concluded that one must not be dominated by the forms but one must dominate them. To reject the arbitrariness of the forms one can always add more detail on supplementary pages, and attach medical letters. He said that you can win cases by pointing out wrong assumptions and inaccuracies, and that people can learn to represent themselves and that once they have the information and the backing they do very well at tribunal because they know their own situation best.

Three other speakers followed: Kim Sparrow of Single Mothers’ Self-Defence, Stella Mpaka of the All African Women’s Group, and Claire Glasman of WinVisible (women with visible and invisible disabilities). These speakers came with a lot of documents available on their websites. Some of these were about the protests against Atos, the private company that assesses disability benefit claims for the government. (Note that nearly half of appeals against Atos’ refusal are successful, rising to 7 in 10 where the person has support from a rights representative. Other documents relate to the work of Legal Action for Women (LAW), and the Welfare Reform Bill being pushed through Parliament. From now on, most people on ESA are threatened that they must attend work focused interviews or do work-related activity of one kind or another. This creates cases of extraordinary anxiety and despair.

After a specific complaint by WinVisible, the DWP admitted that Jobcentre staff had wrongly threatened a woman that her benefit would be stopped if she didn’t attend a work-focussed interview. In fact she had severe mental health problems and was in the Support Group of ESA, so was excused from any stressful interviews. The Jobcentre was guilty of imposing jobseeker rules on her and had to back down.

These women’s groups have put together information on the Welfare Reform Bill and what we can do to oppose it. See: http://www.winvisible.org/BEN/Welfare_Reform_Bill_info_%20and_what_we_can_do.htm

The Workshop continued with a debate – we were 18 in all – to explain our problems, fears and hopes. Each person in the room, immigrant or born in Britain, is facing problems that call for solidarity between all sufferers, between all genders, between all races, and between all ages. Most people who are unemployed or on benefits see their social services being cut, the increasing cost of childcare and terrible threats to housing benefits, whilst all the prices go up and there are less and less jobs. People were encouraged by the information and support provided, and keen to stay in touch and work together.

Join the Kilburn Unemployed Workers Group. It meets every Thursday at 3pm at the Kingsgate Community Centre, NW6. It is also worth looking up the “crossroadswomen.net” site and seek out the dynamic Crossroads Women Centre in Kentish Town, NW5. 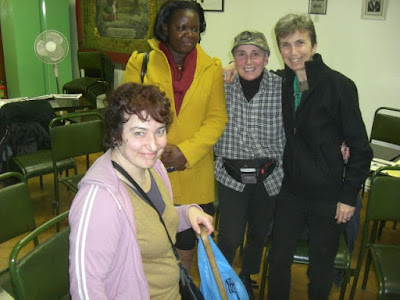 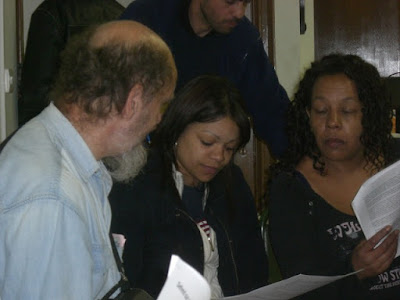 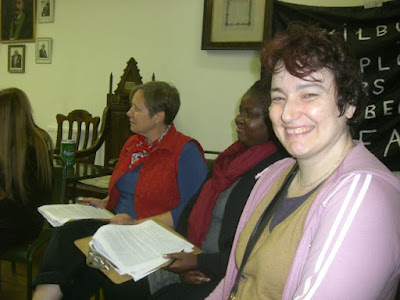 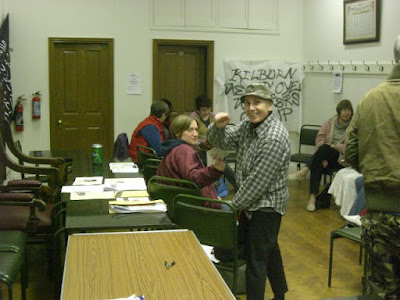 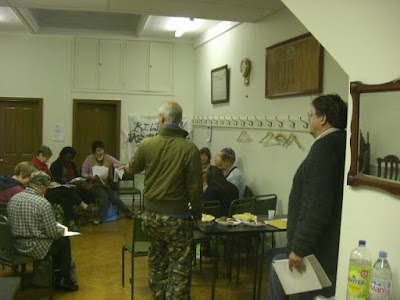 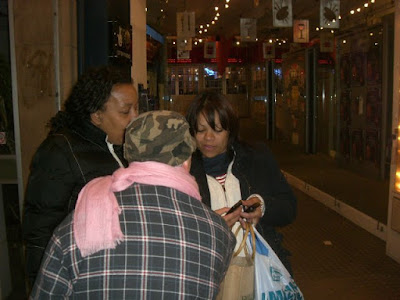 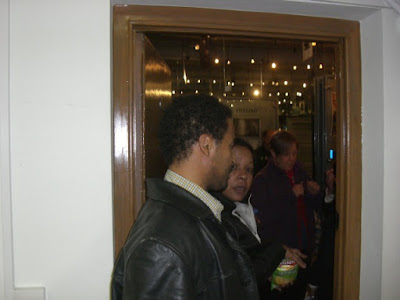 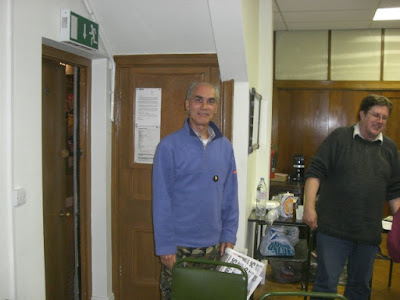 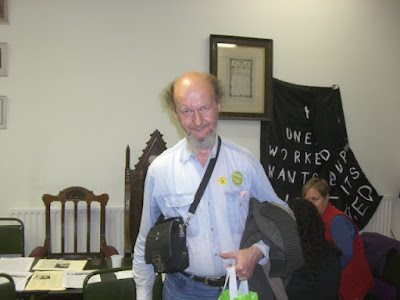 Posted by Kilburn Unemployed Workers Group at 04:23 No comments: