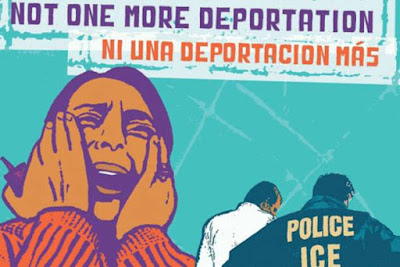 When they arrived, immigration police were waiting for them and a reported 50 were arrested and deported. A further 150 managed to avoid deportation and are in hiding acording to the source.

Those deported were mostly Latin American workers. It is not clear what kind of shock and hardship their families in London are now experiencing, or whether the workers were paid their wages or any monies owed by the company.